skip to main | skip to sidebar

Girl with a ponytail

I was Picasso’s ponytail girl

At 19, a shy Lydia Corbett became the artist’s muse. She tells Richard Brookshow she inspired a famous painting 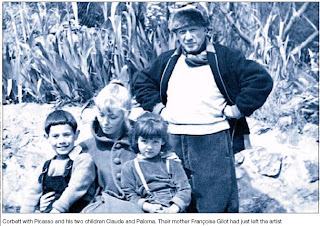 It was spring 1954. Sylvette was just 19 and living near the sea in the south of France. Her next-door neighbour was Pablo Picasso, the 20th century’s most famous and influential artist. She had no idea he had even noticed her. But one day, as she was walking in the garden, she heard a rustling sound and a painting slowly arose above the garden wall.

It was a drawing of a girl with a ponytail. She ran round to the house next door to find Picasso smiling at her. “It’s you,” he said. “You, with that lovely ponytail of yours.”

Girl with a Ponytail, one of the many studies Picasso was to make of her, was to become one of his most famous paintings. And now, more than half a century later, Lydia Corbett (she changed her first name to Lydia when she came to live in England in 1968) is about to open an exhibition of paintings of her own.

Sitting in her home in Devon, she recalls the extraordinary three months of her life when she was Picasso’s muse. Still attractive at 72, it is not hard to see why Picasso was drawn to her. He had done that very first drawing of Corbett from memory after spotting her in the village of Vallauris. “I had no idea he was doing it,” she recalls in her softly spoken voice with more than a hint still of a French accent.

She wore her hair in a ponytail because her father suggested she should put it up that way. Her sittings led to 40 different paintings and several sculptures. In all of them it is that ponytail which is the iconic leitmotif. She had no idea how fascinating Picasso obviously found her. Nor did Corbett quite appreciate that she was, as she now puts it, “in the middle of two other women”.

Picasso was at the time splitting from his long-term lover Françoise Gilot, the mother of his two children, Paloma and Claude. Gilot had left the house, though the young children were often there with their father. Corbett still has a photo of herself holding the two youngsters with Picasso, wearing a rather incongruous fur hat, standing behind her. Picasso was just about to become romantically involved with Jacqueline Roque, who, after he finally broke with Gilot, became his lover and wife for the final 20 years of his life.

Yet over that spring of 1954 and then the early summer, it was clear he had eyes for Sylvette. “And what dark eyes they were too,” she recalls. Picasso was not renowned for being shy with women — having a train of girlfriends, mistresses, muses and wives — “But with me he was very gentle. He knew I was a very shy 19-year-old.”

After Corbett was shown that first drawing, Picasso sent round an invitation for her to come to pose in his studio. “I was a bit wary, of course, but flattered too. What was really nice was that he was sensitive to my fears and worries.” His first portrait was quite representational, though as their sittings progressed his style became more cubist. “He didn’t really talk that much to me when I sat. He would look at me with those big dark eyes while I sat in a rocking chair, looking out into the garden. He’d just say the odd thing about his life, but didn’t ask much about me. He loved to play games. We would pretend we were in a car. Then we would go outside to his real car and I’d sit in it with him in the back seat without actually driving anywhere. He was like a child in many ways.”

Within a month journalists had got to hear about Picasso’s new muse. Paris Match, then a hugely influential magazine, ran a story with photographs of Corbett that were noticed by two other near neighbours — the film director Roger Vadim and his girlfriend Brigitte Bardot. “Bardot came with Vadim to visit Picasso,” recalls Corbett. “She really wanted to be painted by him but Picasso refused, saying he would only have one model at a time.” Corbett smiles. Bardot might have later gained worldwide fame, but Corbett was the one who was painted by Picasso while he turned down Bardot.

Yet Corbett can claim to have helped Bardot’s film career. “She had dark hair when I first saw her at Picasso’s place. I learnt that Vadim admired the colour of my hair. So he got Bardot to change hers to blonde.” The rest, as they say, is history.

The sittings with Picasso continued into early summer. One day he took her on a tour of his house and into the bedroom. He began jumping up and down on the bed. Corbett realised that this was probably a hint that he would like their relationship to be more than platonic. But it never developed that way, she says. “Just the odd cuddle — that’s all.”

Nonetheless Corbett now thinks Picasso, while obviously attracted to her, might also have been using her to make Gilot jealous. He was very hurt that she had left him. In fact Gilot later wrote in a memoir that she believed Picasso was using Corbett to woo her back.

“My memory is that Picasso was troubled and unhappy at the time, and I’d like to think that I helped him get over his problems.”

After a few weeks of sitting, Picasso suggested that he should pay her. “That’s when I suspected that he might want me to take my clothes off, though he never actually asked.” In fact towards the end of the summer Picasso did show Corbett a picture of a young naked girl. “It was not me as such, but he did say it was inspired by me,” she adds.

The sittings came to an end soon after. Picasso had begun a serious relationship with Roque and moved homes, while Corbett remained in the village with her mother.

“But before he left, he did give me two portraits. One was a little drawing. Then he asked me to pick an oil portrait. I did. He signed the drawing and also signed a book for me.” By 1956 Corbett had married. Her husband became seriously ill and they fell on hard times. “I sold the drawing to raise some money. And then, and I really regret this, I had to sell the oil too.” It was bought by a New Yorker. A few years later Corbett tried to retrieve it. “The man who bought it said he would leave it to me in his will. But he never did and I really don’t know what has happened to it now.”

Corbett, whose exhibition of watercolours opens in Exeter this week, will always remember the spring of 1954 with great affection and gratitude. “I could have fallen in love with Picasso if I had let myself. But to be honest he was too old.” He was 72 then — the same age Corbett is now.

But Picasso has also left Corbett with something substantive — a love of art. “It’s odd really. I had done some art at school and then mixed with arty people. But I never went to art college and never even really began to draw or paint until I was in my forties. Until then I had really just painted in my head. All I know is that Picasso inspired me when I sat for him. And that inspiration, I’m sure, stayed with me. Maybe it was he who really taught me to paint.” 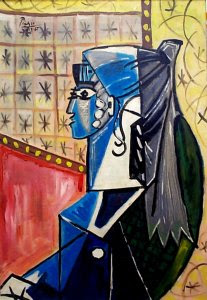 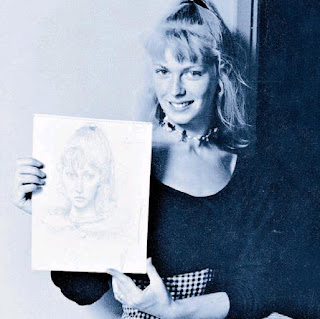 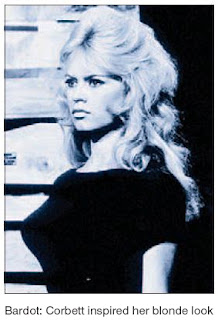 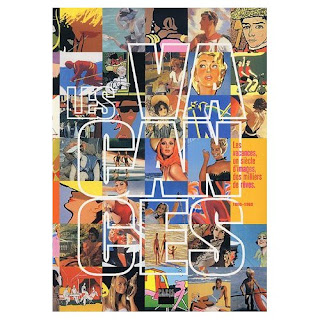 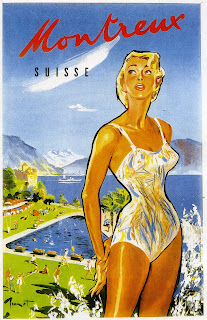 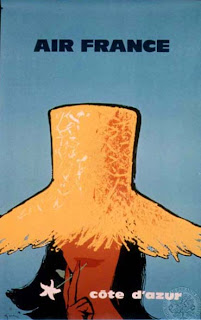 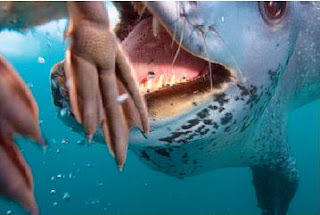 Posted by Matt Jones at 4:50 AM No comments:

Matt Jones
I am a story artist working in the animation industry (Aardman, Pixar, Netflix, Sony) I retain all copyrights to original artwork & material posted on my blog.